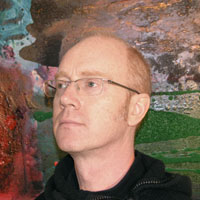 Jub’s career has covered a wide range of musical styles. He’s worked in avantgarde theatre with Station House Opera, been a member in the Indie pop group The Band of Holy Joy, as well as working with more conventional groups like English National Opera, London Contemporary Dance Theatre,London Mozart Players and the London Chamber Orchestra. He also co-founded the prize winning Kreisler String Orchestra which went on to win the 1986 Jeunesses Musicales Competition in Belgrade.

Jub is a longstanding member of The Carnival Band He’s been playing, singing and writing with them and their long-time collaborator Maddy Prior for more than Twenty-five years, recording more than 15 albums along the way. Over the years he has worked with many notable artists including Youssou N’Dour, Tanita Tikaram, Abdullah Ibrahim, Ian Carr, Loose Tubes, Brian Eno and John Cale, Sting, DJ Krust, Zero 7, the Brodsky and Duke string quartets.

He is a founder member and trustee of the Adderbury Ensemble and Oxford Coffee Concerts in Oxfordshire and is also a founding member of the Bristol Ensemble. He’s taken up the challenge of contemporary music with groups such as Opus 20, Lontano, Orbestra and Ixion.

A diversity of musical projects have included; theatrical work with Gloria Theatre Company’s “A Picture of Dorian Gray”, an extraordinary world music collaboration with experimental cellist David Darling and the Wulu Bunun Singers of Taiwan. Working and touring the world with dynamic choreographer Hofesh Schecter, in his dance company’s productions of “In Your Rooms” and “Political Mother The Choreographer’s Cut.” In 2012 at the Barbican Centre he collaborated with Hofesh Schecter and Artist Anthony Gormley on a mixed media and physical theatre production entitled “Survivor”

Concert collaborations have included performances with musical savant and blind pianist Derek Paravicini, one of which was broadcast on CBS 60 MINUTES. Another outstanding collaboration in Bristol saw him perform with legendary drum and bass supremo Roni Size and Reprazent.

His secret claim to fame – he created and sang on the jingle “Bring Chris Evans On” for Chris Evans’ BBC Radio 2 show.